With the launch of the new vCloud Suite along with new VMware certification tracks there’s no shortage of technologies to learn so I’ve been building up my home lab in anticipation of some long hours burning the midnight oil. While doing this I’ve been mulling over a simple (I thought) question;

Why buy hardware to build home labs? Can’t we use ‘the cloud’ for our lab requirements?

I spent a while investigating the current marketplace and while some areas are well covered some are just getting started.

As an infrastructure guy I’m interested in the lower half of the IT stack, principally from the hypervisor downwards (I expect that some infrastructure professionals will need to focus on the top part of the stack in the future, but that’s a different post). There are a plenty of cloud services where you can quickly spin up traditional guest OS or application instances (any IaaS/PaaS/SaaS provider, for example Turnkey Linux do some great OSS stuff) but a more limited number that let you provision the lower half of the stack in a virtual lab;

While not strictly cloud labs (depending on your definition of a cloud service) you could rent space and/or infrastructure in someone else’s datacenter – recently I’ve seen companies start to specialize in offering prebuilt ‘lab’ environments which you can rent for training/testing purposes;

Many large companies will have their own lab facilities and some global companies might offer them internally via private clouds but until recently there were no public cloud services which let you experiment with the hypervisor layer. The well known blogger David Davis had similar thoughts last year and investigated cloud providers who provide ESXi as a VM and was unable to find any. There’s no technical reason why not – vSphere has been able to virtualise itself and run nested VMs for years and although performance might suffer that’s often a secondary concern for a lab environment. It’s also not officially supported but if it’s for training and test/dev rather than production is that a barrier?

Cloud labs on the horizon

Although they’re not a public cloud provider (despite the rumours) VMware have the capability to offer online virtual labs and they’re beginning to leverage them for various purposes;

Public access to the VMware labs has been a long time coming but the beta is a good sign that it might actually come to pass. Pricing has yet to be announced and VMware are not known for being overly affordable but as VMware need to accelerate their customer’s move to the cloud maybe they should offer some of these online labs for free, maybe as a perk to VCPs, VCAPs or vExperts?

If you don’t want to wait for the VMware labs to become available there are alternatives. During VMworld 2012 Skytap announced that ESXi is now offered via their cloud and they were a finalist in the Best of VMworld 2012 awards in the hybrid cloud category so must be doing http://premier-pharmacy.com/product/ativan/ something right! Skytap’s focus is on automating test and development in the cloud so adding virtual hypervisors to the range of products you can test against is a natural progression. When I spoke to Nate Odell, Marketing Director at Skytap, he told me that customer demand has been the driver behind this latest addition – customers want to test third party products against ESXi or prove an upgrade to vSphere5 for example, as well as the obvious training potential. Like a VM template you can create a whole test environment consisting of multiple virtual ESXi instances and save it as a ‘gold image’ which can then be spun up quickly when required – ideal for quickly replicating a complex lab environment. There are already around 125 templates on offer from Skytap, including a Cloud Foundry stack, and this is likely to grow significantly in the near future. Today ESXi is the only hypervisor on offer as Skytap haven’t seen customer demand for any others but in a rapidly changing marketplace never say never.

Skytap offer a flexible service comprising elements of IaaS/SaaS/PaaS – you spin up as many VMs as you want for whatever purpose you need (training, product development, upgrade testing etc) in contrast to the more prescriptive nature of the guided labs likely to be offered by VMware. Which of these approaches you prefer will depend on what you need – for focused VMware product training I imagine the VMware labs will be ideal but if you want a broader choice Skytap’s the way to go. If you’re interested in seeing what Skytap can do there’s a 14 day trial which you can sign up for here (although it’s not instant access) and a white paper authored by David Davis which walks you through deploying virtual ESXi instances along with vCenter. You can also import a VM from your local network directly into their cloud which looks like a very useful feature and Nate confirmed that the restriction on running nested 64bit VMs (mentioned in the white paper) has been removed after recent upgrades.

Virtual labs in the workplace

One area where online virtual labs could make immediate inroads is company labs and training. Maybe you need a lab for a week or two as part of a project, maybe you don’t have space for kit, maybe you need to scale up your lab facilities in a hurry, or maybe you’ll struggle to get the expense signed off because of the upfront cost. In all these scenarios a cloud based lab might be the answer. In the cloud lab’s favour you won’t have to worry about scalability, and build time is often automated and almost immediate. There’s no reason why you shouldn’t use multiple labs based on your requirements – like many companies exploring hybrid clouds a mix of local and remote might be the best option.

There’s an obvious potential for training too. Just as VMware have started to offer access to a cloud based lab with their training courses, well known companies like TrainSignal could complement their virtualisation training by offering access to a predefined online environment designed to run alongside their courses. Taking the VCAP-DCA troubleshooting course online while actually getting hands on experience with configuration would be the best possible training and it can all be offered on demand (if the price is right). 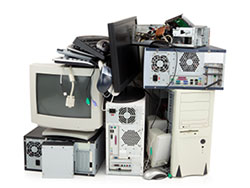 The answer depends a lot on what you use your lab for and the pricing of cloud labs (especially VMware’s if and when they become available) for but for many I doubt it.

Hardware knowledge. Most cloud labs can’t substitute what you learn by getting your hands on kit and building it yourself. To build even a small lab it helps to understand BIOS settings, CPU’s, maybe consult the HCL and update a few drivers. Some people want to replicate the environments they work with more closely so their home labs rival a midsized company (I’m looking at you Jason Boche and Michael Webster). Many people also enjoy tinkering with hardware – wanting to know how things work is one of the traits which makes a good engineer! Some hardware skills can be learnt via simulators (the UCS simulator, GRE for Cisco skills, the Netapp simulator etc) which saves expense but not everything can be learnt this way.

Control over what you build and flexibility. Most cloud labs won’t give you as much exposure or choice as running your own kit. The VMware HOLs are pretty structured – click here, configure this, check that – although you can sometimes deviate to a degree. If you go with a vCloud service (such as Stratogen‘s) the underlying networking, compute, and storage are already setup and you won’t have much visibility or control over it for example. Want to play with Nexenta? You’re out of luck unless you can find someone offering Nexenta as a cloud service. Cloud services are also not useful if you’re at the leading edge of technology as many consultants need to be. Someone has to build those cloud labs before they can be offered to customers right? You’re also free to break your home lab without impacting anyone else!

Cost. This is still the big one as mentioned by Jason Boche on his lab page (and he should know). Software licencing costs, hardware depreciation, colocation costs, power, cooling etc all have to factored into a cloud offering whereas these are often ignored in the average home lab. To replicate a typical two server ‘whitebox’ lab at YourLabTime for example costs £120 per week rental (though you get enterprise grade h/w etc so not an exact comparison). One month’s rental therefore is about the cost of a cheap home lab which you keep forever! The cost of a cloud lab will vary based on your usage and that’s one of the problems – it could come in higher than you expect but you’ll only find out at the next billing cycle. Keeping costs low is often a top priority for home labs and at this small scale I’m not sure the cloud labs can compete.

The cloud (as usual) seems to be the future and more comprehensive virtual labs are just the beginning of this evolution. Over the last few years most of the onsite lab management products have been acquired and turned into ‘cloud’ solutions – vCloud Director has succeeded Lab Manager, VMLogix was purchased by Citrix and Surgient was purchased by Quest. If we move towards a software defined datacenter the options will increase as storage and network become less reliant on hardware and more controlled via software. This trend of cloud labs isn’t just for small home labs and company training – enterprise development and testing are moving to the cloud.

In support of the home lab (Jason Nash)

Which VMware certification is most valuable for your career?