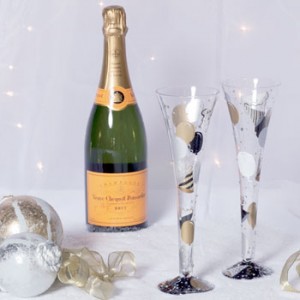 What a week! My son was born on Sunday and on Friday night I finally received notification that I passed the VCAP5-DCA beta exam I sat back in May. Good things come to those that wait!

I really thought I’d failed as I didn’t even attempt four or five questions and I know I missed a few bits on the ones I did answer. It’s a great relief to have it out of the way however – with vSphere6 slated for a 2013 release it means I’ve got around two years grace before I have to consider http://premier-pharmacy.com/product/dostinex/ upgrading again (assuming it takes a year for the exam to become available like last time!). It’s worth noting that 37% of the visitors to my blog (who responded to my poll on the right) don’t think the VCAP exams add any value over and above the VCP so maybe I’m just ‘keeping up with the Joneses’ for the sake of vanity!

Next up for me is VCAP5-DCD, VCP-IaaS, and VCP-DT, probably in that order. It’s like a cereal pack competition where you have to collect them all… 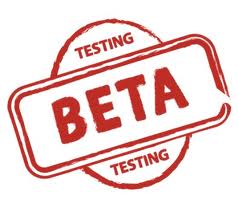 Back in March I received an email from VMware asking if I wanted to take part in the VCAP5-DCA beta exam. It was my first invite to a beta and having taken the VCAP4-DCA less than a year earlier I wasn’t sure I was prepared to commit the necessary time to study but I figured ‘what have I got to lose?’ and now I’m glad I accepted. There were delays getting the exams ready for prime time and I’ve spoken to people who took the VCAP4-DCA beta and had major issue with the environment so I went into the test with a slight sense of trepidation. My environment ran slow a few times and I had one glitch which caused me to go back and repeat a question or two but in general it worked very well. Congrats to the certification team for putting together a very solid and impressive exam!

Exam environment: There were a few tweaks to the exam environment (different background colours for putty sessions to help distinguish them, which I don’t remember from the first time round) but otherwise it’s much the same – RDP on a 1280 x 1024 screen, no task switcher, and various infrastructure details available at a glance for reference.I found it more effective to open a session once and then drag it to a corner out the way rather than close it. This saves confusion as without a task switcher you can’t retrieve a minimised window and also saves time logging back in. Maybe it’s because I’ve done it before and know what to expect but I actually enjoyed the experience whereas last time I found it very frustrating.

Time management: Time is still very challenging. The exam lasts 3.5 hours and there are 26 questions (there are also 26 objectives in the blueprint) which gives you just over 8 minutes per question. You can skip forwards and backwards through the questions so you can prioritise the ones you feel more confident about. Some questions have dependencies on earlier work but a bit of common sense will normally see you through. Do everything you can to save time. If you start a VM deploying http://premier-pharmacy.com/product-category/pain-relief/ don’t wait for it to complete, move onto the next question and come back later. You have a jotting pad in the exam so make notes on which questions to revisit.

Learning management: When was the last time you setup Autodeploy or resolved a performance issue in eight minutes, especially when you don’t know the infrastructure involved? Be realistic about how much the exam can cover but prepare to be surprised how well it tests your knowledge. As I mentioned above there are 26 questions and 26 objectives but it’s not that simple – one question could cover multiple objectives. Take AutoDeploy for example. It uses PowerCLI, ImageProfiles, Host Profiles and maybe some network troubleshooting. The blueprint covers a lot of material but you can narrow down what you study – if study time is tight prioritise the common tasks over the obscure ones (when was the last time you generated a database report from VUM?). Think about it from VMware’s perspective and bear in mind the exam infrastructure of two hosts and a vCenter server – there are quite a few ‘interaction’ points with third party technology (storage arrays, network switches etc) yet it’s a VMware focused test. For example with AutoDeploy it requires DHCP and PXE configured, yet these aren’t really VMware technology. Unless you use the vCSA of course….

The VCAP5-DCA exam is more focused on the ‘core’ vSphere platform, and is better for it. There’s only so much you can test in four hours and the slimmed down blueprint makes it more relevant to a mainstream audience – tools like vCenter Server Heartbeat and vCenter Orchestrator, which were included in the VCAP4-DCA exam, are only used by a small percentage of customers. Taking the exam was a great way of testing my knowledge of vSphere – it highlighted both my strengths and weaknesses and as a result I know where I need to spend some time improving my knowledge. My next challange? Bring on the VCAP5-DCD!

Patrick Kremer has also written up his thoughts on the beta – well worth a read, in particular the time management tips. 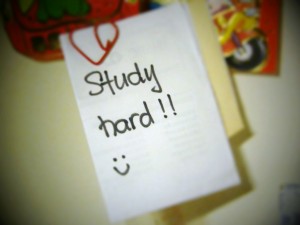 The VCAP5-DCA exam is a tough nut to crack and will probably consume quite a bit of your time in study and practice (unless you’re a VMware PSO in which case you probably do this stuff all day every day!). Before you get stuck into the blueprint objectives there are some things you should do to prepare;

Now dive into your studies and good luck!

As with all my VCAP5-DCA study notes, the blogposts only cover material new to vSphere5 so make sure you read the v4 study notes for section 1.1 first. When published the VCAP5-DCA study guide PDF will be a complete standalone reference.

With vSphere5 having been described as a ‘storage release’ there is quite a lot of new material to cover in Section1 of the blueprint. First I’ll cover a couple of objectives which have only minor amendments from vSphere4.

Determine use cases for and configure VMware DirectPath I/O

The only real change is DirectPath vMotion, which is not as grand as it sounds. As you’ll recall from vSphere4 a VM using DirectPath can’t use vMotion or snapshots (or any feature which uses those such as DRS and many backup products) and the device in question isn’t available to other VMs. The only change with vSphere5 is that you can vMotion a VM provided it’s on Cisco’s UCS and there’s a supported Cisco UCS Virtual Machine Fabric Extender (VM-FEX) distributed switch. Read all about it here – if this is in the exam we’ve got no chance!

This is a tricky objective if you don’t own an SSD drive to experiment with (although you can workaround that limitation). You can identify an SSD disk in various ways;

Tagging an SSD should be automatic but there are situations where you may need to do it manually. This can only be done via the CLI and is explained in this VMware article. The steps are similar to masking a LUN or configuring a new PSP;

So you’ve identified and tagged your SSD, but what can you do with it? SSDs can be used with the new Swap to Host cache feature best summed up by Duncan over at Yellow Bricks;

“Using “Swap to host cache” will severely reduce the performance impact of VMkernel swapping. It is recommended to use a local SSD drive to eliminate any network latency and to optimize for performance.”

As an interesting use case here’s a post describing how to use Swap to Host cache with an SSD and laptop – could be useful for a VCAP home lab!

The above and more are covered very well in chapter 15 of the vSphere5 Storage guide.

END_OF_DOCUMENT_TOKEN_TO_BE_REPLACED

IT is a fast moving industry, and the current shift to cloud computing is accelerating the rate of change. With the forthcoming release of the vSphere5 VCAP exams (VCAP5-DCA and the VCAP5-DCD) I’ve been planning to study my socks off to get both exams under my belt. I’m sure I’m not alone in struggling to make study time, particularly as my day job doesn’t tend to cover all of the material either because we’re only Enterprise level licensing or because we don’t use all the features. On top of that I’d like to update my VCAP-DCA study guide which will consume a significant chunk of time.

This serious case of study contention has made me revisit my priorities. The VMware ecosystem has evolved considerably over the last few years and there’s considerable buzz around VMware View and vCloud Director (not to mention the whole Cloud Foundry and vFabric ecosystem). Maybe these would be better areas to focus on? As John Troyer said about certifications “You don’t have to collect them all!” but it does make me wonder – which VMware certs are most likely to benefit career progression?

First some facts. The VMware platform which evolved into vSphere was launched in 2001, the first VCP exam was available in June 2003 (@susangude is VCP#1), and the first VCAP exams were launched seven years later in August 2010. Nine years on and the statistics are well known – around 60,000 VCPs worldwide and approximately 600 certified in each of the two VCAP tracks (so 50 VCPs for every VCAP!).